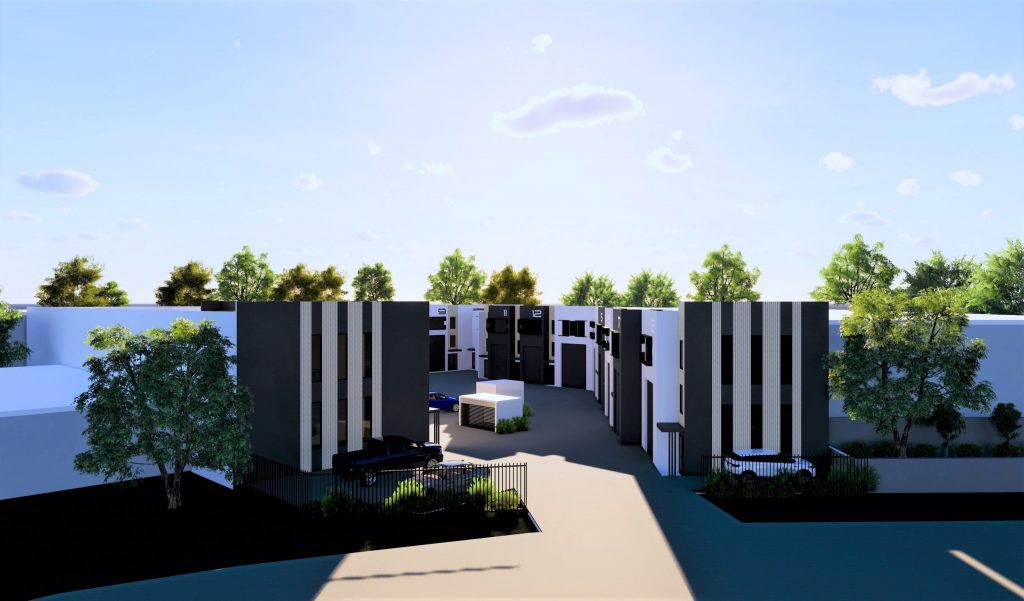 ZAC Potter – the son of veteran developer John Potter – will embark on his fourth strata-unit development after purchasing a Burleigh Heads block for $1.665 million.

ZAC Potter will embark on his fourth strata-unit development after purchasing a Burleigh Heads block for $1.665 million plus GST.

The Potter Group, headed up by veteran developer John Potter, bought the vacant 3000sq m block, at 3 Flagstone Drive, at auction on Tuesday.

The property was sold by the estate of the late Francis McGregor. Mr McGregor had paid $220,000 for the block in 1995.

Zac Potter, who has sold 11 out of 16 units at his Hutchinson St development, said the new project would have between 15 and 17 units ranging from 70sq m to 150sq m.

He said the units would be targeted at buyers looking for self-storage or ‘man cave’ space, or business owners in need of industrial sheds for light-impact use.

Zac Potter said there was little in the way of land for sale in the Burleigh Heads industrial area.

“It has been hard to find sites,” Mr Potter said. “This sale is a record price in that particular area.

“I still think it is a good result for the way the market is going and I think land prices will continue to go up (in that area).”

Zac Potter said he expects to launch the Flagstone Drive project towards the end of the first quarter next year after filing the development application.

His other projects include Miami Man Caves at Avalon Pde.

The 14-unit development, to be developed in two stages, is targeted at the self- employed and people looking for man caves or places to store special cars.

Zac Potter said he expects to achieve $4000sq m for the units. He also has a project at 43 Township Dr, West Burleigh.

Seven of the 10 units, which are under construction and will range in size from 70sq m to 140sq m, have sold.

The auction, which was held onsite, attracted 50 people, including nine registered bidders.

There was an opening bid of $1 million, before the property was called on the market at $1.4 million.

“This sale at $555 sq m demonstrates the strength of the Gold Coast industrial market and more specifically demand within the Burleigh Heads precinct,” he said.