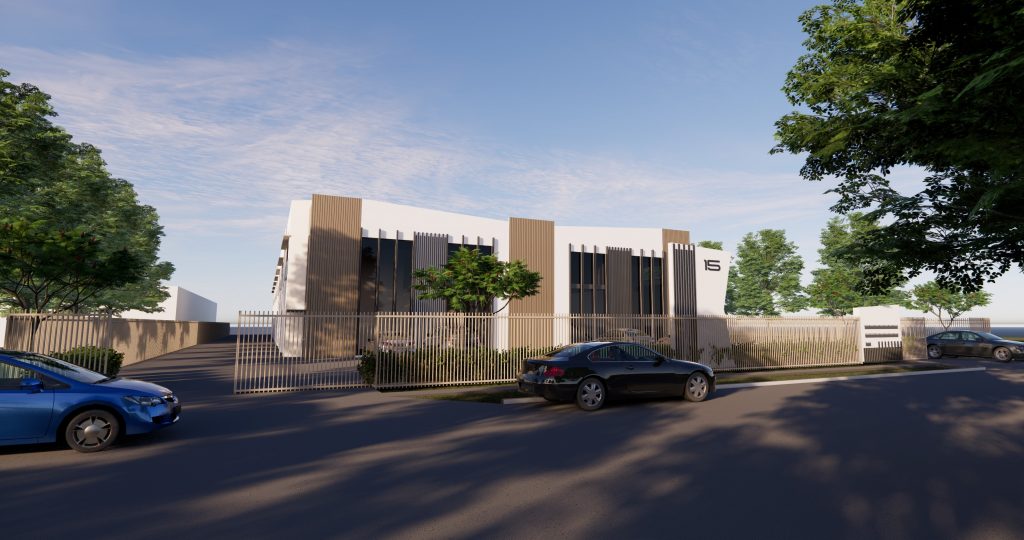 BUNDALL -based Golf Coast Iceland will make way for an “upscale” $10.5 million warehouse development following the site’s sale to The Potter Group earlier this year for $2.8 million.

The 3705sq m block hosting Iceland at 15 Stathaird Rd sold on October 2 – 12 days before it was scheduled to go to auction in a campaign run by Harcourts Coastal Commercial co directors Lachlan Marshall and Jared Johnson.

Iceland has leased the premises since 1996 and has four years remaining on its current term.

The Potter Group director Zac Potter said the plan is to develop the site into an “upscale” 14-unit strata-titled warehouse project “in due course”.

He said it would be along similar lines to its warehouse development at Case Street in Southport.

Mr Potter said that development was well received by its owner- occupiers looking for a central location for their business or storage.

He said the architect-designed complex at 15 Straithaired Rd will comprise of various designs and sizes to cater for a wide range of uses.

“The development incorporates a very comprehensively thought out design and will be one of our more upscale projects to date. Every tenancy has great access and exposure,” he said.

Iceland pays $158,000 plus GST and outgoings each year to rent the 1792sq m premises, which includes a large ice-skating rink, kiosk and function room with 42 parking spaces.

The property’s sale reflected a yield of 5.65 per cent.

The Potter Group has been active in the commercial property market in the past few years.

It recently settled on the purchase of three titles totalling 2564sq m last year at 23, 25 and 27B Margaret St, Southport.

The company will lease the land as a hardstand while it decides what to do with the property.