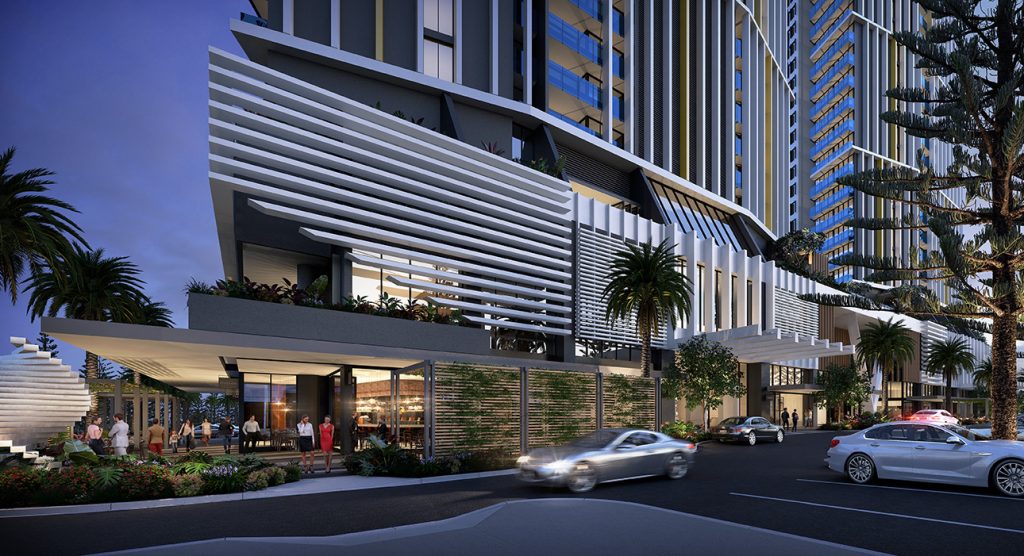 New details have emerged about a 68-storey twin supertower development planned for one of the Gold Coast’s busiest suburbs. It can now be revealed when its first residents will move in.

A 68-storey twin supertower will open its doors to the public within three years.

Planning documents have revealed new information about the Central on Broadbeach mega development, which will replace the long-delayed Main Place tower.

The report reveals the project is expected to be completed and take its first residents in 2022.

Under the new plans, a single-story row of shops would be replaced with two twin super towers with room for nearly 1500 residents.

Put forward by veteran developer John Potter, it is expected to go before councillors later this year after a development application was submitted just before Christmas, replacing an already approved tower.

Area councillor Paul Taylor said the project would be carefully scrutinised before it joined a record number of building approvals for the city.

“This is a real goer and council officers will assess it very carefully, especially with all the new towers going up around here,” he said.

“The previous proposed tower got approved after a long process and this one will be closely scrutinised.”

The tower would include 64-levels of units, three levels of mixed-use commercial and retail space and a rooftop garden level.